Market Ripens For Correction… Or Crash

Based on my analysis of the S&P 500 technical chart patterns after new all-time highs were set in 1999, 2000, 2007, 2018 and 2019, the index is ripening for a significant correction or a crash.  The volatility increasing for a market that is making new all-time highs near the end of a secular bull market and economic expansion is quite logical.

Each of the four new all-time highs in the chart below were followed by corrections of 5.9% to 17.5% which began within 8 to 38 days after the new high was established.  As of the 29th of November, 23 days have passed since the most recent new all-time high was made on October 28, 2019. 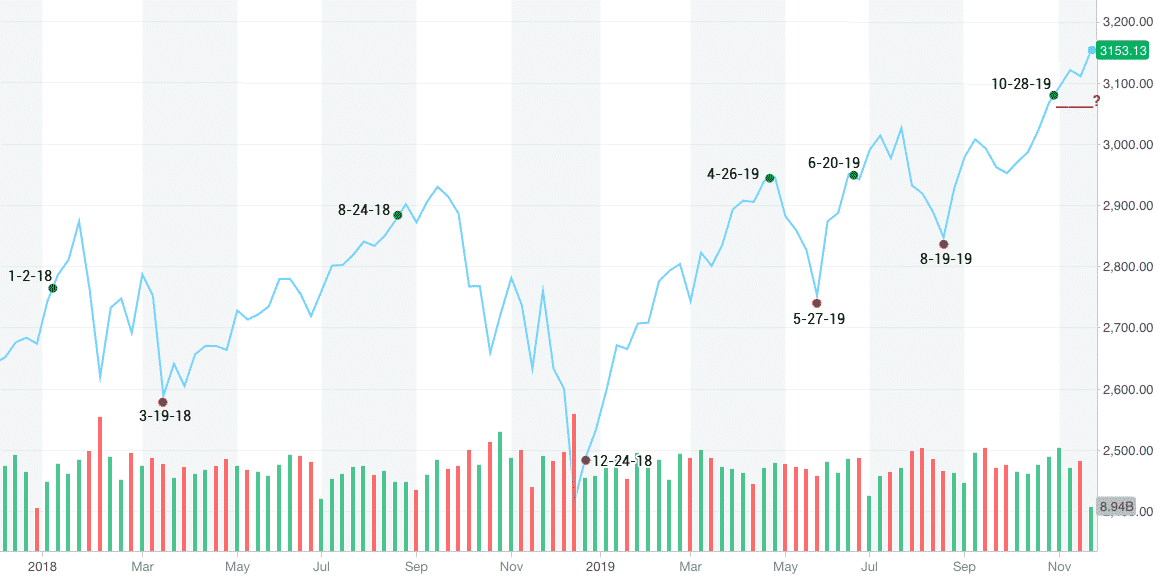 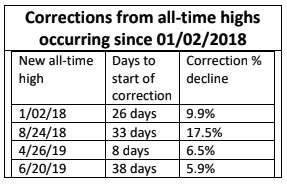 During the adolescent stages of a secular bull market post all-time new high volatility is low as the market steadily climbs to newer all-time highs.  The chart below for 2017 is a perfect example since there were dozens of new all-time highs. Yet for 2017, unlike 2018 and 2019, the S&P 500 did not experience any 2% post new all-time high corrections. 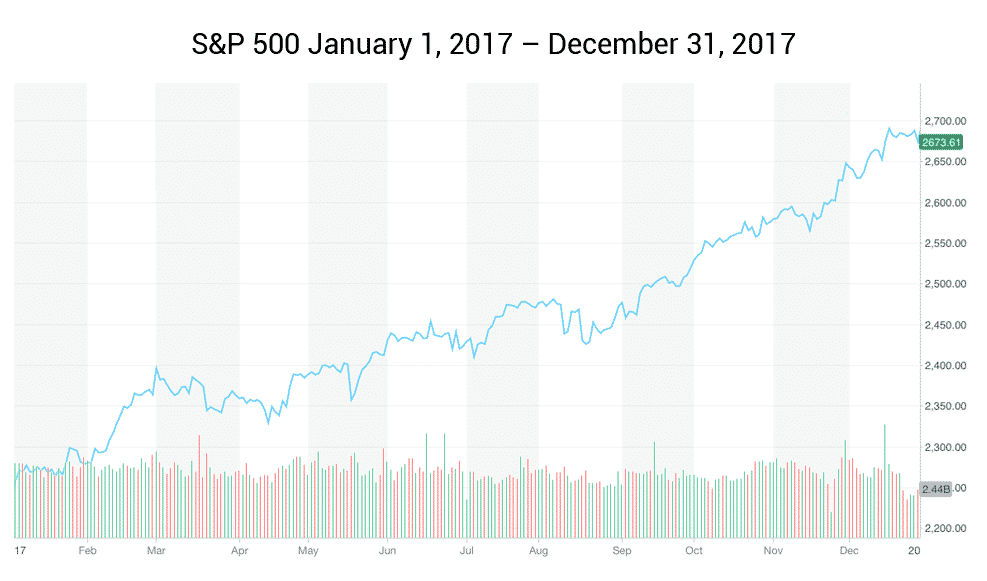 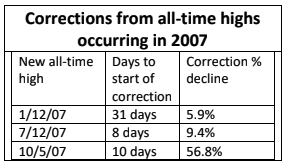 The 1995 to 2002 and the 1999 to 2000 charts below confirm that post new all-time high volatility increases in the late stages of a secular bull market and economic expansion.  All-time new high volatility increasing for 1999 and 2000 prior to the steep decline to the 2002 low is very similar to what happened in 2007, before the 2008 market crash. 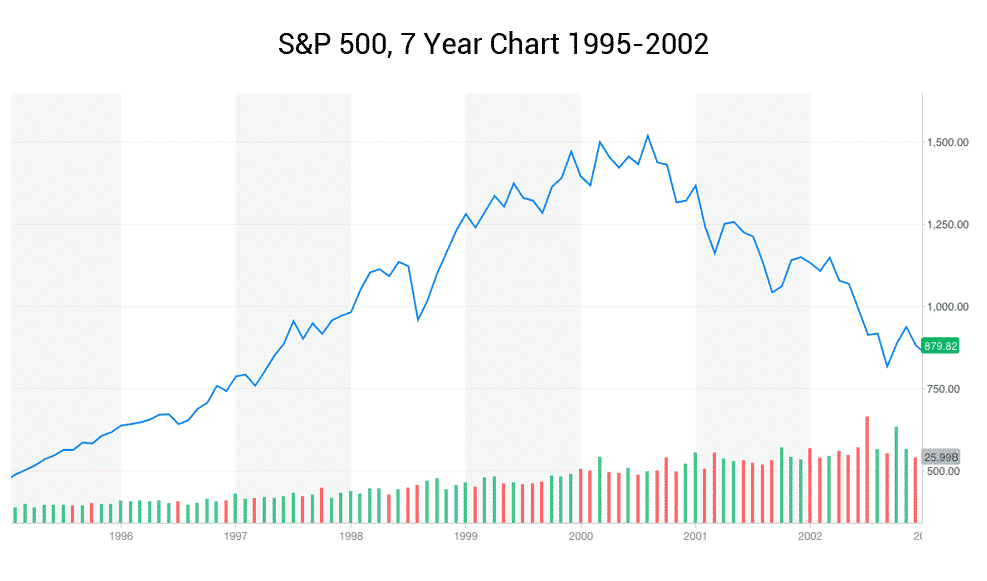 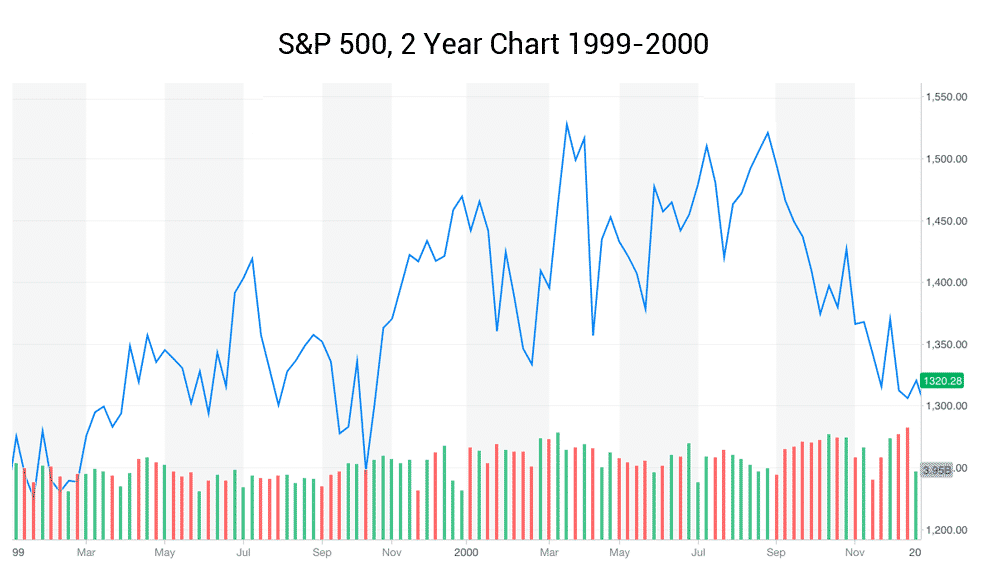 The probability is high that the S&P 500 will soon correct by a minimum of 5% from its peak.  The secular bull is now a full-grown adult. The current US economic expansion is the longest on record.  For these reasons the S&P 500 is also ripe for the much greater minimum peak to trough decline of 50% which normally occurs at the end of a secular bull market and economic expansion.

The Bull & Bear Tracker’s signals are utilized to trade exchange traded funds (ETFs) which mimic the performance of the S&P 500.  A long ETF is utilized when the signal is green.   A short or inverse ETF is utilized when the signal is red.   When the S&P 500 advances by 10% while under a green signal the long ETF increases by 10%.   Conversely, should the S&P 500 decline by 10% while a red signal is in effect the inverse ETF would increase by 10%.

For more about the Bull & Bear Tracker go to www.bullbeartracker.com.   For a 90-day free trial subscription go to https://bullsnbears.com/bull-bear-tracker-register/. 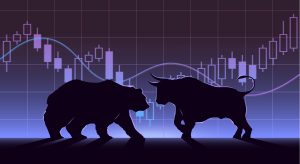