The Bull & Bear Tracker, a trend trading algorithm was originally developed in 2016 to be a crash predictor.  The markets had become extremely volatile in 2016 after the Bank of Japan announced that they would be utilizing negative interest rates.  The first signal for the algorithm which originally had three signals, ORANGE, GREEN and RED was published by Equities.com on March 1, 2016.  The only RED signal during 2016 accurately predicted the June 2016 Brexit Crash. 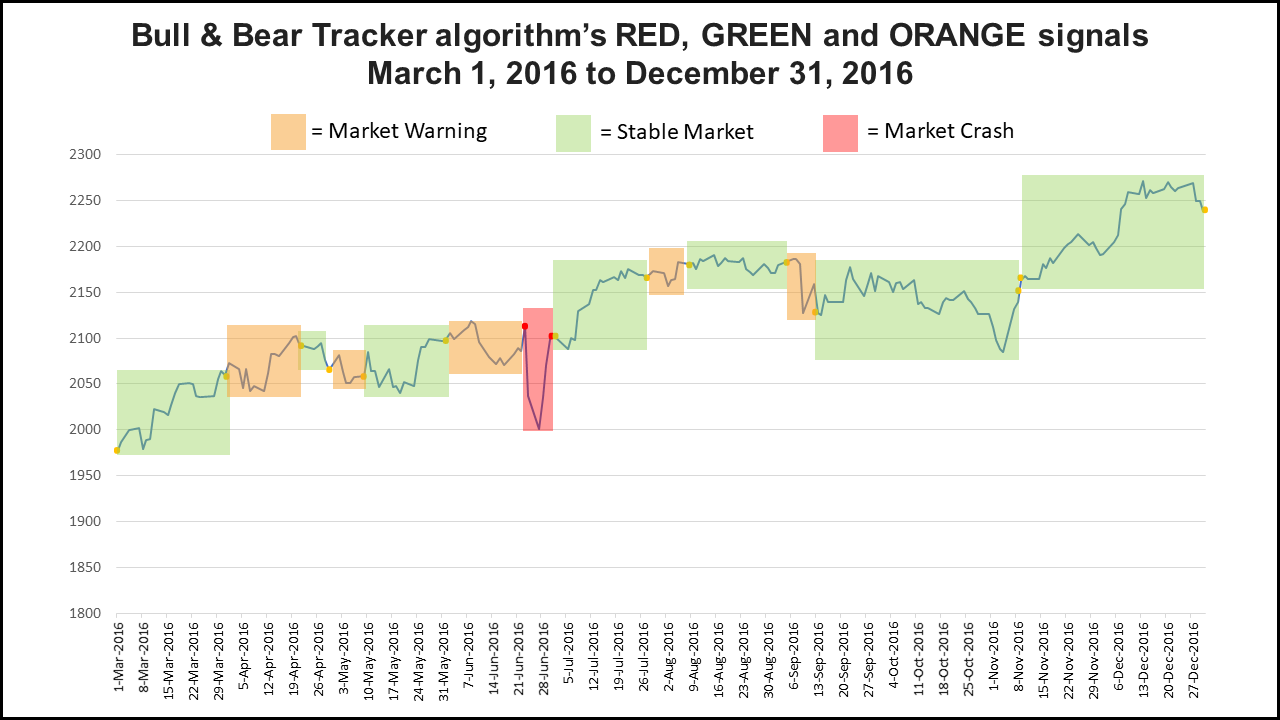 Since negative interest rates subsided after Donald Trump was elected President, the algorithm was mothballed at the end of 2016.  When the markets became more volatile in early 2018, the algorithm was taken out of retirement and converted into a trend trader.  The first signal, a green, was published on April 9, 2018.

The table and chart below depict the highs and lows for the Bull & Bear Tracker (BBT): 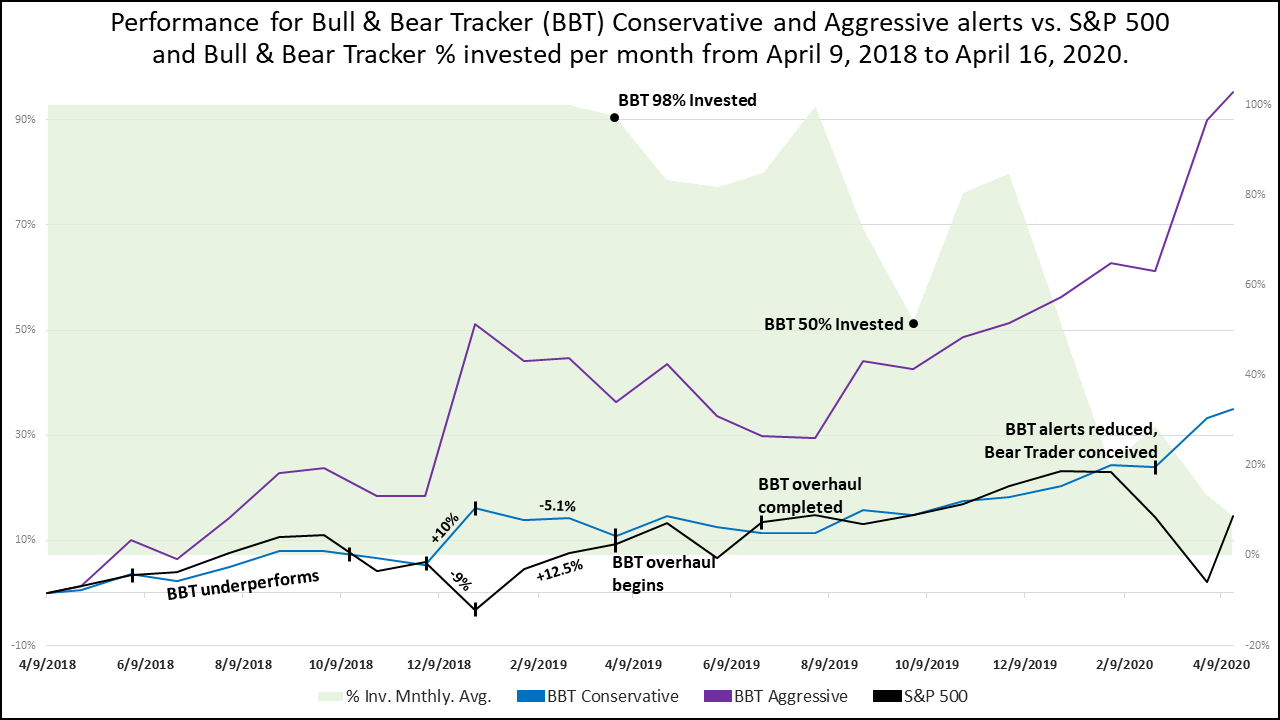 Refer me to an advisor